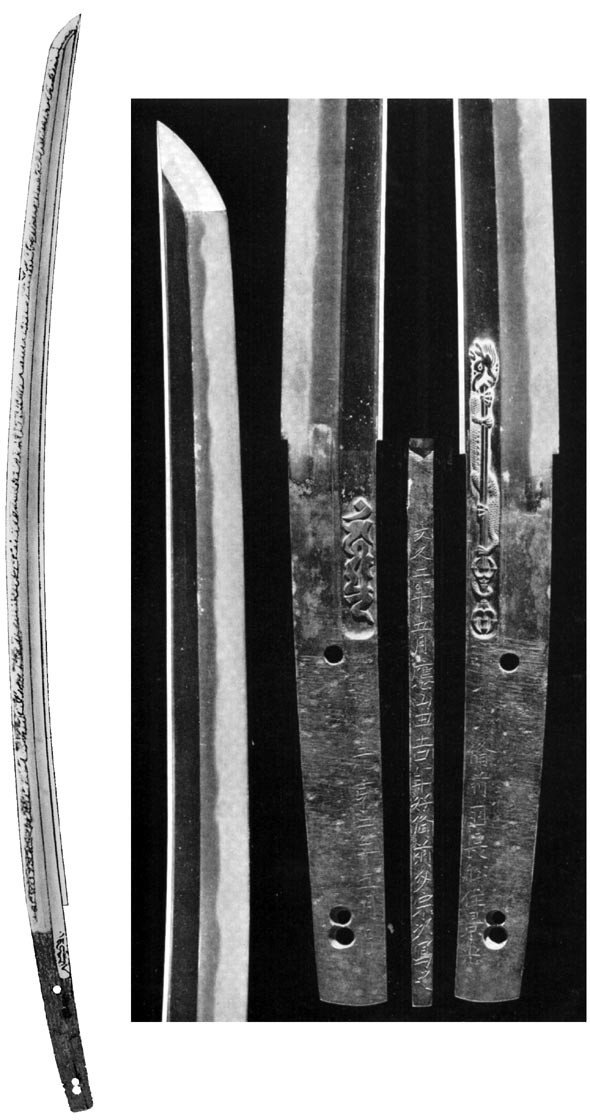 The Osafune school of swordsmiths is the most famous school in Japan and has a very great history. Kagemitsu is seen as one of the 3 grand masters of the Osafune sword school next to Mitsutada and Nagamitsu.

The school was founded in Bizen province by Nagamitsu Sho-o and influenced the way Samurai swords were forged until the late Middle Ages. On the right is a photo of one of Bizen Osafune Kagemitsu's best swords.

In 1229 Motoshige started as the first swordsmith in Seki. Mainly due to the favorable location of Seki in an area rich in natural materials for knives and sword production (high quality steel sand, wood, water and charcoal), this branch of industry flourished in the Muromachi period (1333-1568) and there were more than 300 swordsmiths active. After the abolition of the samurai class, a switch was made to the production of knives and other cutting utensils.