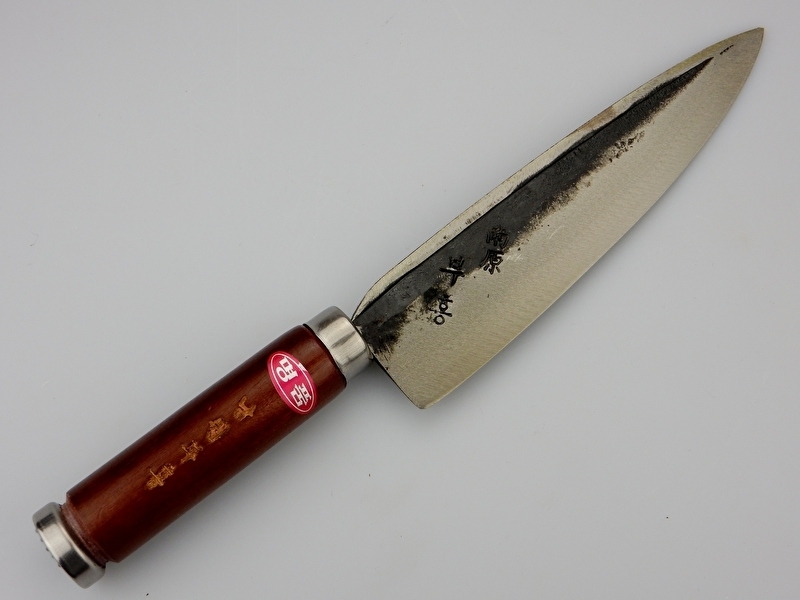 Double-sided sharpened blade made of laminated steel (Sanmai forged). The core is made of non-stainless "rail cast" steel. This steel comes from old train tracks from Korea and is equipped with AISI 1080 carbon steel. The outside is provided with a relatively soft type of iron.

These knives are made in the Korean city of Namwon. This ancient city was founded in the year 685 is known for its culture and very clean environment.

In the Communist era, shortly after the Second World War, many smithies were founded in which women worked (the men had to be compulsory in the army). After the war and the independence of South Korea (1953) these women continued to work in the smithies because they enjoyed it a lot. Nowadays there are only a few of these forges left. Women still play a leading role in production.

The knives are characterized by a simple but effective appearance, the handle is made of simple wood and has no particularly good finish. The blades are roughly finished and may require some extra grinding work to get them razor-sharp. This limited finish is therefore also reflected in the price.

The knives are also characterized by the thick "backbone". it is applied during forging and provides an extra strong knife and a very characteristic appearance.

The blade is relatively thin and manually forged and sharpened and has no thickenings which makes sharpening very easy. This chef's knife is meant for cutting meat and fish. This knife has a simple round handle and is suitable for both left- and right-handed use.

Like all carbon steel knives, the Namwon knives are not dishwasher safe, cleaning and drying after every use is the best treatment for these exclusive products.

There are no wooden sayas available for this knife. 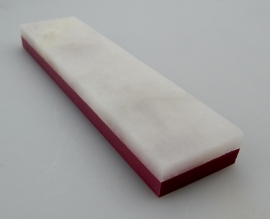